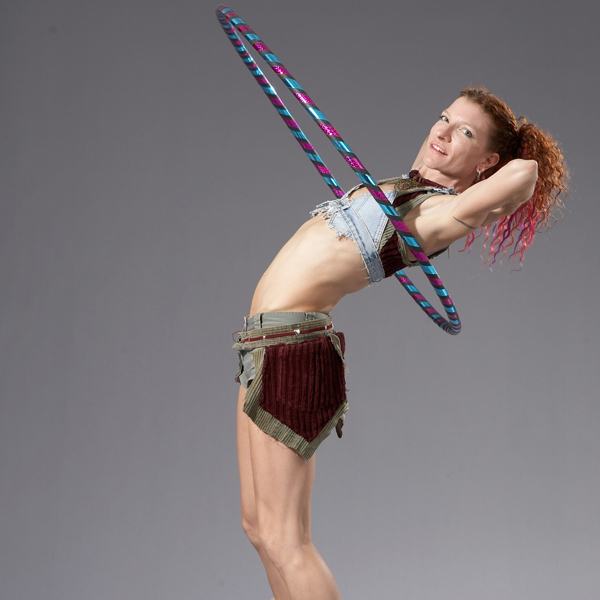 Known in the hooping world as “Hoopalicious”, Anah is credited for starting the modern hooping movement. Anah found herself in the hooping life after stumbling upon a hoop at a music festival. She never looked back. With furry leggings, colorful dreads and hooper hero arm bands, Anah was an innovator in the hooping community. As the movement began to grow, she struggles to stay ahead of the trend, while remaining true to her art. Anah credits hooping for saving her life. Having toured the world as half of the duo “Spinbabes”, Anah is now back on the road as an outstanding teacher (2010 Hoopie Award Instructor of the year), bringing her message of connection to a new generation of hoopers. Her first hoopdance DVD Hoop Revolution’s Core Foundation is coming out.

More about Anah at hooprevolution.com. 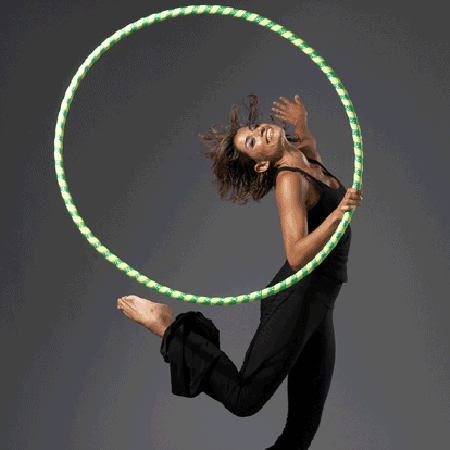 Christabel, an academic with two masters degrees, was overweight and in debt. After taking a workshop with Hoopalicious, she tours the world with Anah as “Spin Babes”, performing within a single hoop. With her new bootylicious physique, Christabel is now the driving force behind the brand HoopGirl in San Francisco. She certifies hooping instructors around the world, has a successful DVD catalogue, and published a book, HOOPING: A Revolutionary Fitness Program.
More about Christabel at hoopgirl.com. 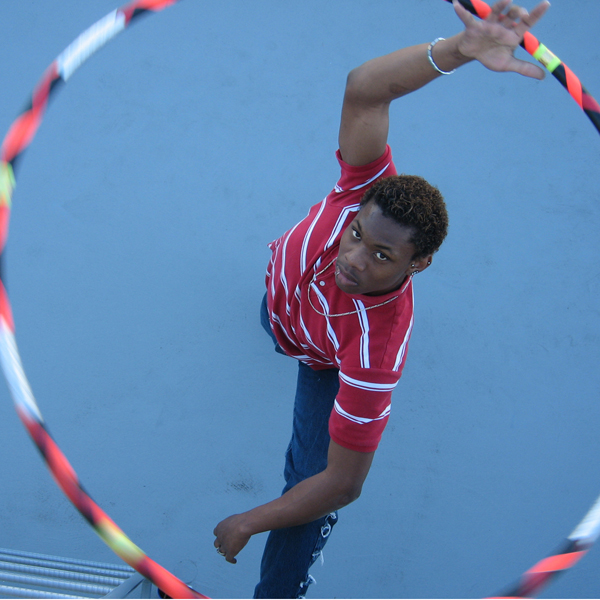 Jeffrey is a high school student from South Central, Los Angeles. He lives as a ward of the state without a stable family life as gang violence runs rampant on his neighborhood streets. Hooping is his biggest outlet and his family. As a student of Tisha’s after school hip-hop hoop program, Jeffrey begins to express himself through movement. He becomes a teaching assistant and choreographs hoopdance pieces for his classmates. For Jeffrey, hooping and his mentor Tisha are a beacon of hope in an otherwise bleak world. 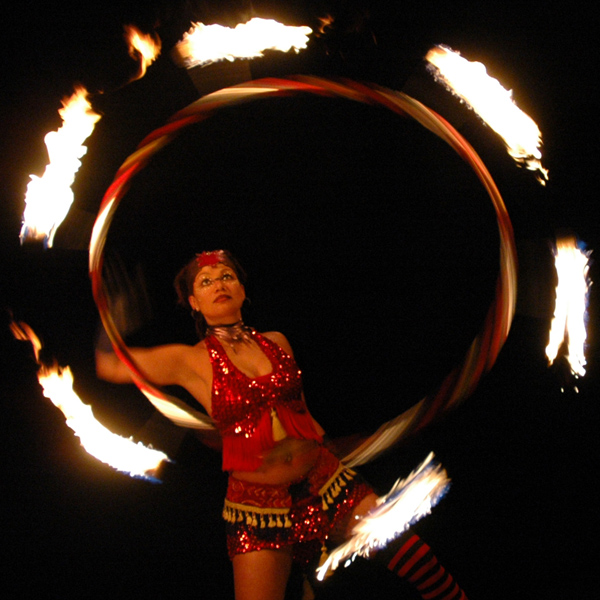 Sass is an actress and musician from Johannesburg, South Africa. After a brutal rape, she moves to Los Angeles and gives up performing. She discovers fire-hooping during a chance encounter with Anah. For Sass, hooping is not only about artistic expression; it is a path to heal. She performs with Anah and Christabel as a part of the “Good Vibe Hoop Tribe,” and in turn finds her way back to performing with the support of a vibrant community of women. Sass is now back to South Africa running hooping workshops for abused kids.
More about Sass at cybersass.com & isaidno.co.za. 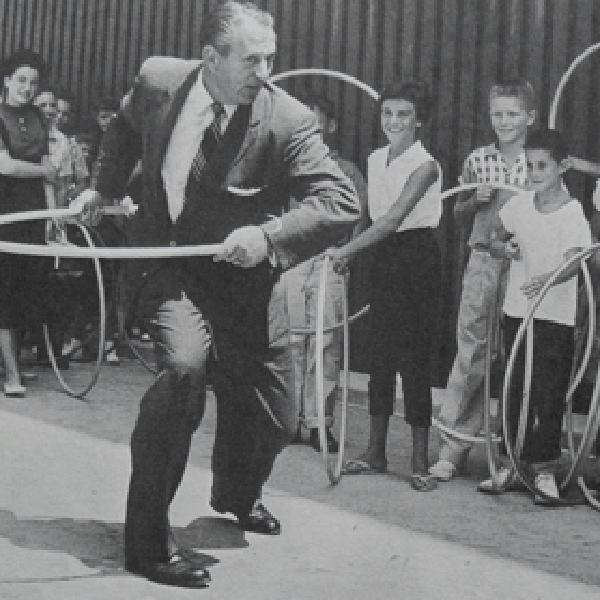 Art Linkletter was a trendsetter celebrating the idiosyncrasies of the common person. He was the host of the CBS show House Party, which aired for 25 years. He pioneered live programming in with hits such as NBC’s People are Funny, and Kids Say The Darndest Things! Art was a prominent figure in the success of one of the 50s first hula-hoops, known as the Spin-A-Hoop. Linkletter had one of the longest marriages of any celebrity in America, at nearly 75 years. He married Lois Foerster on November 25, 1935, and they had five children. In The Hooping Life, Art encourages the generation of modern hoopers to find their passion, and follow it. 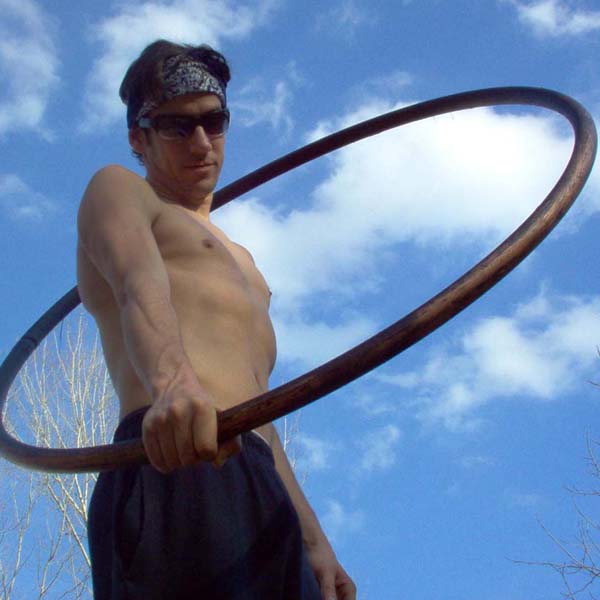 Baxter a straight white guy from the land of Nascar, is so uptight about hula-hooping that he ties a bandana around his eyes to avoid the judgmental stares of his neighbors watching. While battling thoughts of suicide, he was able to re-connect to his mind, body and spirit. The hoop saved his life. The son of a minister, Baxter’s practice has an almost religious bent. He teaches workshops around the world and founded THE HOOP PATH where he celebrates the connection between hooping and faith.
More about Baxter at hoopath.com 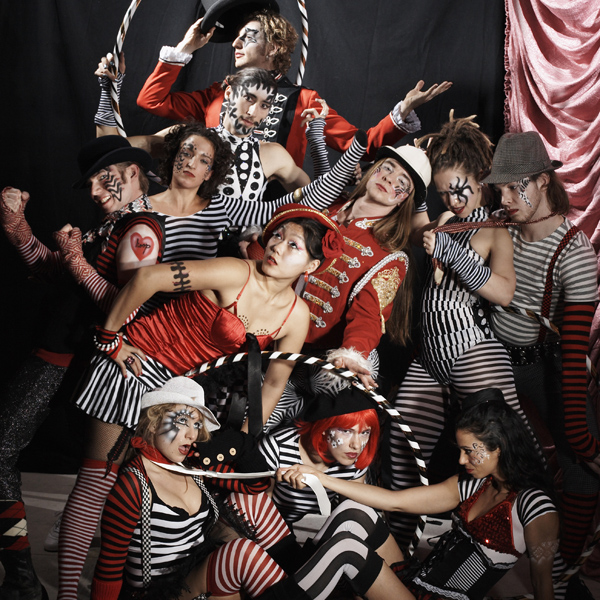 GrooveHoops is a breakdance, gravity-defying hula-hoop dance troupe based in New York City. Early practitioners of hooping flash mobs in the subway and streets, GrooveHoops bring moments of joy to commuters. Stefan, the troupe’s M.C., leaves his day job editing reality shows to pursue his hooping life.
More about Stefan at groovehoops.com. 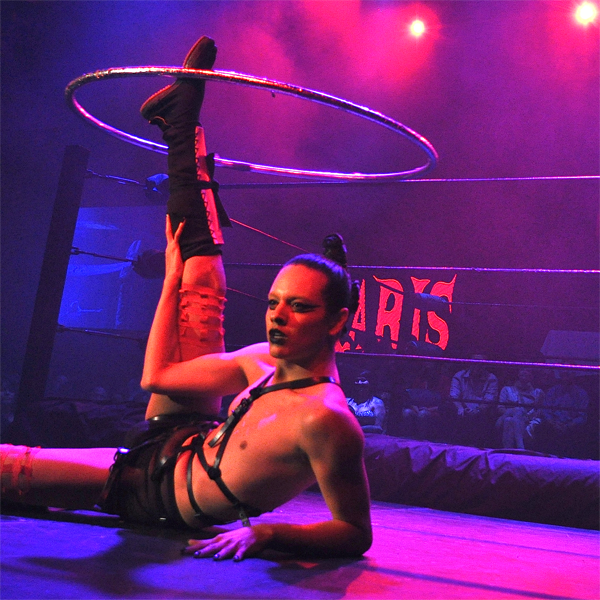 Karis lives in Los Angeles. His brother supported his diva aspirations since they were young and kept him safe from the bullies in his hood. Karis‘ performances are a showdown with his past. He takes to the stage in full courtesan attire and while hooping, he strips down to his skivvies winning over the audience and blurring gender lines. As his career takes off, Karis deals with the day-to-day isolating life of being a performer. Karis is featured in Kazwell and Pink music videos, hoops with the Scissor Sisters and in Lucha VaVoom, a live show of burlesque, comedy and Mexican masked wrestling.
More about Karis at luchavavoom.com. 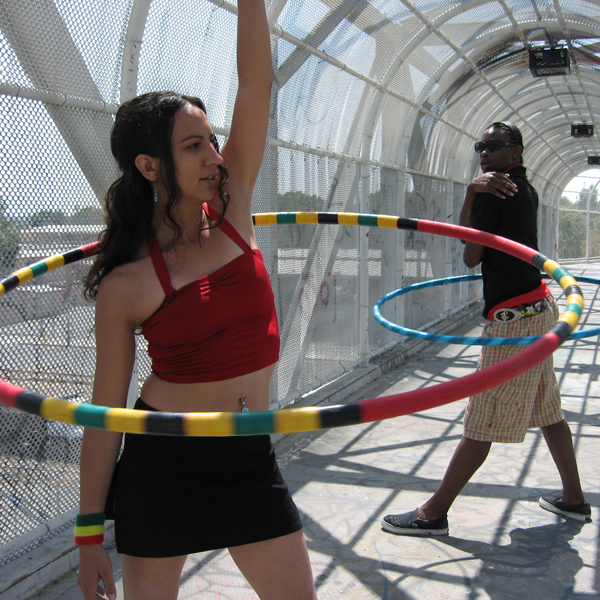 Tisha is an after school mentor in South Central, Los Angeles. She develops a hip-hop-hoop program giving kids a safe place to express themselves. Coming from a family with a history of gang violence, Tisha chose to take a different path. She goes as far as taking Jeffrey in after a stint in juvenile hall. Tisha is expanding her work to include anti-bulling facilitation in schools across America with her I Choose Peace campaign.
More about Tisha at hiphoopnation.org. 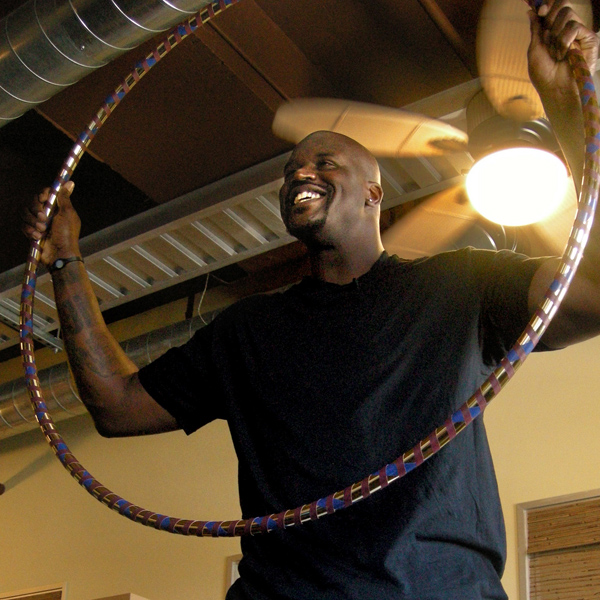 When Shaq isn’t hooping he’s hooping anyway. Basketball is Shaq’s deepest love. He’s one of the most celebrated NBA players in history. Best know for his time with the Orlando Magic, the LA Lakers, the Miami Heat and the Boston Celtics. Shaq credits the Boys & Girls Club for keeping him off the streets and on the courts as a kid. Hooping also has brought him great joy and balance all his life. Shaq introduces THE HOOPING LIFE by showing that no matter who you are or where you’re from, the hoop can change your life.